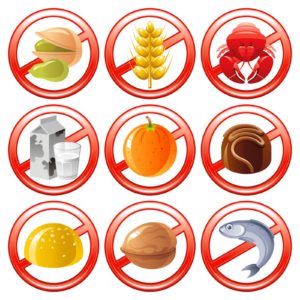 Food allergies are becoming increasingly common, affecting anywhere from 6 to 12% of children and 3 to 4% of adults. Food allergy occurs when an individual makes antibodies against specific food proteins. When the allergenic food is ingested, the antibodies attack the food proteins, resulting in symptoms such as hives, swelling, vomiting, difficulty swallowing, trouble breathing, and/or fainting. The most common food allergens include cow’s milk, soy, egg, wheat, peanut, tree nuts, finned fish, and shellfish. Many children do outgrow their food allergies, however some food allergies can be lifelong. Diagnosis involves a detailed history of the reaction, skin testing, and blood testing. Management involves avoidance of the problematic food and emergency treatment of accidental ingestion. 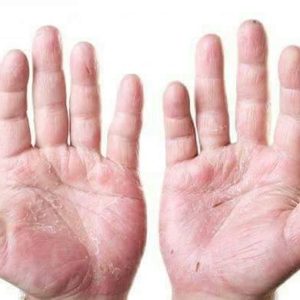 Atopic Dermatitis (AD) is chronic inflammatory skin disorder. It often occurs in individuals with a personal or family history of allergic rhinitis, asthma, or food allergy. It usually presents in the first few months of life and often improves with age. There is no cure for atopic dermatitis. The goals of treatment are to reduce inflammation, control itching, prevent secondary skin infections, and help the skin retain moisture.

Asthma is a chronic disease of the airways that involves both inflammation and narrowing. The exact cause is unknown, but likely involves a genetic predisposition as well as environmental factors. Symptoms of asthma include cough, wheezing, shortness of breath, chest tightness, and difficulty breathing. Common asthma triggers include respiratory illnesses, exercise, strong displays of emotion, cold air, irritants like cigarette smoke or perfume, and allergens like pollen, dust, or animal dander. There is no cure for asthma, but symptoms can be managed with daily controller medications (such as inhaled corticosteroids or leukotriene blockers) and rescue medications (such as albuterol or levalbuterol). 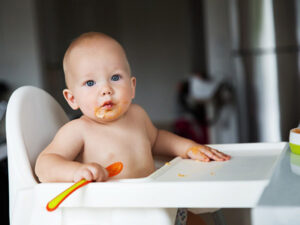 Food Protein Induced Enterocolitis Syndrome (FPIES) is a type of severefood intolerance that can present with severe vomiting, diarrhea anddehydration. The most common triggers include cow milk, soy and grains(rice, barley, oats). The most severe forms of FPIES can lead to drop inenergy, change in body temperature and low blood pressure leading tohospitalization. FPIES is frequently misdiagnosed early on as a potentialsevere blood infection or repeated infections of a gastrointestinal virus.Unlike most food allergies there is no blood or skin testing available fordiagnosis. The primary treatment is strict avoidance of the triggeringfood. Most children outgrow FPIES by age 3 or 4. 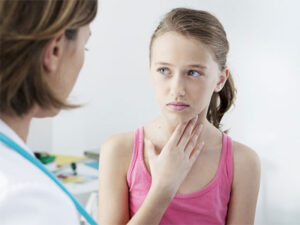 Eosinophilic Esophagitis or EoE has become increasingly prevalent in oursociety, with 1 to 4 out of 10,000 individuals affected by this chronicmedical condition. People of all ages can be affected by eosinophilicesophagitis, with symptoms that may vary by age range and individualdifferences. Some common symptoms include difficulty swallowing, foodimpaction in the esophagus and poor weight gain in very young patients.Those who suffer from eosinophilic esophagitis have an elevated number ofeosinophils – a type of white blood cell that is normally found in smallnumbers in the blood – and inflammation in the esophagus. A large number ofeosinophils in the esophagus may result from an IgE mediated food allergicreaction, acid reflux or airborne allergens, which can contribute toinflammation, or injury to the esophageal tissue.We work closely with your gastroenterologist to diagnose and treat thesymptoms associated with this chronic medical condition.